Channelopathies, particularly those involving voltage-gated sodium (NaV) and potassium (KV) channel genes, are responsible for a variety of epilepsy syndromes having diverse clinical severity. Further, NaV and KV channels are important targets for many approved and investigational anticonvulsant drugs. Among the many genes associated with epilepsy, those encoding NaV and KV channels have the highest cumulative variant burden (>2,000 variants in the Human Gene Mutation Database), accounting for approximately one third of all reported genetic variants associated with epilepsy and related neurodevelopmental disorders. But differentiating pathogenic from benign variants and establishing genotype-phenotype relationships has become increasingly challenging because of explosive growth in the number of variants discovered in research and clinical medicine. Channelopathy-associated epilepsies represent unique opportunities to meet the challenge of variant annotation because well-established in vitro functional assay paradigms exist for these proteins, coupled with extensive knowledge regarding their contributions to neuronal function and drug response.

The CHANNELOPATHY-ASSOCIATED EPILEPSY RESEARCH CENTER is a multi-institutional and interdisciplinary research center that combines high-throughput technologies on non-neuronal cells with studies of human neuron and animal model systems. The Center consists of three integrated research projects and two scientific cores involving a synergistic mixture of academic and industry scientists.

Project 1 is conducting a large-scale functional evaluation of variants in genes encoding voltage-gated ion channels frequently associated with monogenic epilepsy. Our findings will be curated in a publically accessible location and the data will be used to help revise variant classifications.

Projects are being aided by collaboration with a Variant Prioritization and Curation Core and a Mutagenesis and Cell Expression Core. A key objective of our Center is to determine to what extent non-neuronal cell models can predict effects of ion channel variants in neurons and brain. Our overarching goal is to promote transformative advances in our understanding of the functional consequences of genetic variants in channelopathy-associated epilepsy, and to enable a paradigm shift to a gene/variant-based taxonomy of epilepsy that harmonizes with traditional clinical classification schemes while guiding the implementation of precision medicine. 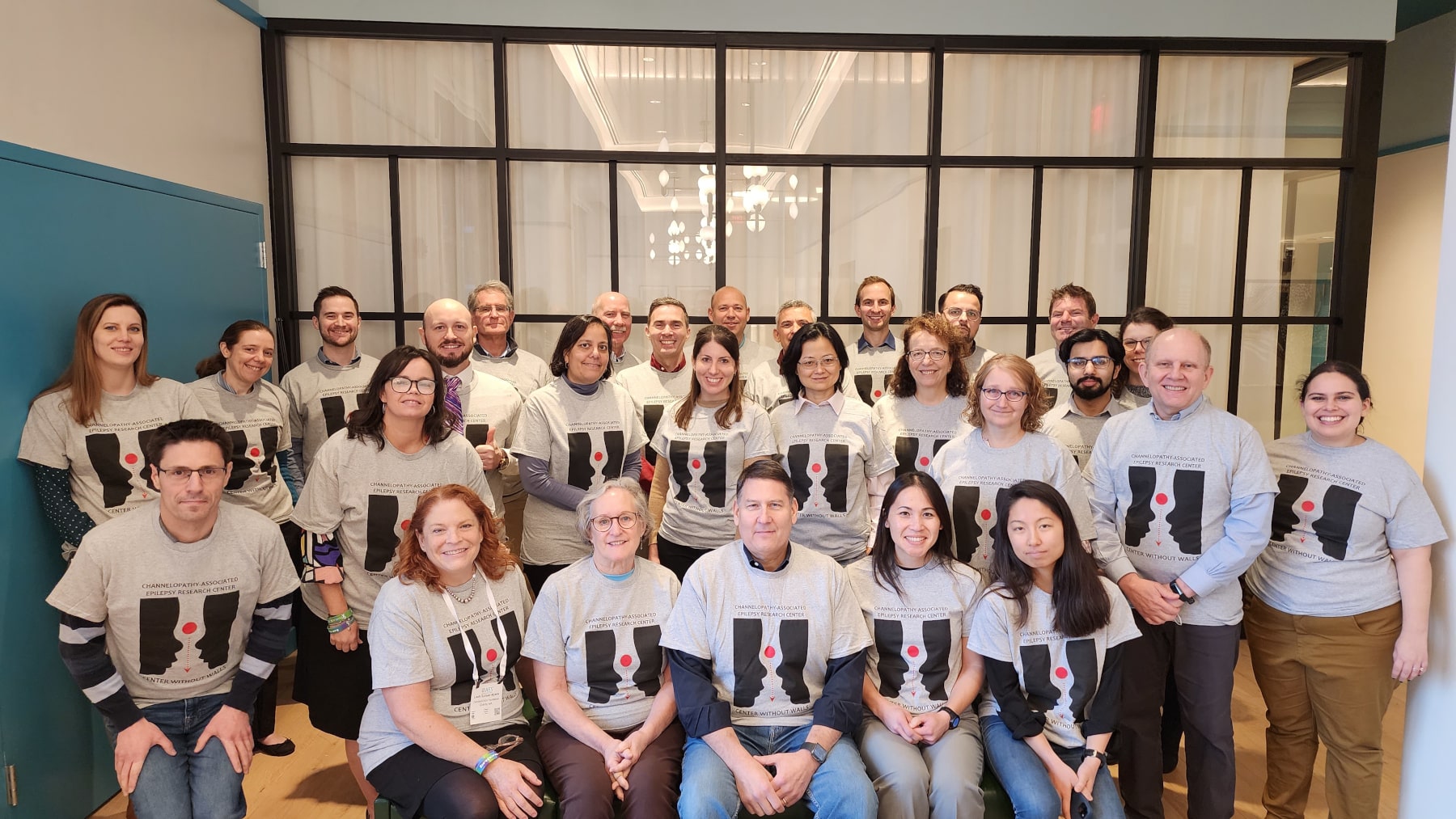