(Center Director, Project 1 Co-leader)
Dr. George is an internationally renowned leader in the channelopathy field. He has nearly 2 decades of academic leadership experience (Chief of Genetic Medicine, Vanderbilt University School of Medicine, 1999-2014; Chair of Pharmacology, Northwestern University Feinberg School of Medicine, 2014-present) along with continuous NIH funding since 1991 including leadership of or participation in multiple NIH cooperative agreements and multi-investigator research grants.

Dr. George has been a pioneer in the channelopathy field dating back to 1991 when the first human voltage-gated sodium (NaV) channel mutations were discovered. Since then, he has been involved extensively in demonstrating the functional consequences of several ion channel variants including NaV channel and voltage-gated potassium (KV) channel mutations associated with skeletal muscle disorders, congenital cardiac arrhythmias, congenital pain disorders, and epilepsy. In addition, Dr. George has led several studies to determine in vitro and in vivo drug responses of variant ion channels associated with these diverse phenotypes. His long term involvement and commitment to investigating channelopathies including channelopathy-associated epilepsy provides him with an unparalleled knowledge and perspective on the scientific trajectory and major opportunities in this field.

In addition, Dr. George's laboratory at Northwestern University installed the first gigaseal-capable 384-well automated electrophysiology platform in the United States and has demonstrated a high level of proficiency in using this system for high throughput functional annotation of human ion channel variants and pharmacology, which is being used in Project 1.

(Project 1 Co-leader, Core B Co-director)
Dr. Pan has exceptional experience investigating the function, molecular genetics and pharmacology of ion channels in both industry and academic environments. At the Broad Institute, Dr. Pan has led deployment of a gigaseal-capable 384-well automated electrophysiology for functional annotation of human ion channel variants, as well as for interrogating pharmacology of ion channels. Her group joins forces with that of Dr. George at Northwestern to create a uniquely powerful resource for functional evaluation of human ion channel variants associated with epilepsy. Dr. Pan also leads a team of research scientists participating in Core B to generate molecular and cellular reagents needed for the research projects.

(Project 3 Co-leader, Project 1 Co-investigator)
Dr. Cummins has more than three decades experience studying how ion channels control neuronal excitability and investigating a wide range of sodium channelopathies. His advanced expertise in ion channel biology, electrophysiology and neurophysiology contributes to achieving the goals of this Center with a high level of scientific rigor.

(Project 2 Co-leader)
Dr. Kiskinis has advanced expertise in stem cell biology particularly with the use of cellular reprogramming technology to generate patient-specific induced pluripotent stem cells (iPSCs) from which his laboratory differentiates multiple types of human neurons. Although he is an early career investigator, Dr. Kiskinis has established a robust program at Northwestern University to collect and investigate numerous iPSC lines from nearly 30 patients with channelopathy-associated epilepsies, many of which are being studied in Project 2.

(Project 2 Co-leader)
Dr. McManus is the Chief Technology Officer for Q-State Bioscience, an innovative biotechnology company that exploits an optical method to interrogate neuronal excitability. He has nearly two decades of experience in the pharmaceutical industry focused on ion channel drug discovery.

(Core A Co-director, Project 1 Co-investigator)
Dr. Cooper has been a pioneer in elucidating the functional consequences of KCNQ2 and KCNQ3 mutations associated with epilepsy. He has also led efforts to curate information about known KCNQ2 and KCNQ3 variants in an internet-accessible database (www.RIKEE.org). His expertise in KCNQ channel biophysics and pharmacology coupled with his leadership in developing the RIKEE database contributes to advancing the goals of our Center.

(Core A Co-director)
Dr. Helbig is a child neurologist working in the field of epilepsy genetics. His expertise in human genetics and clinical neurology gives him outstanding perspective on the challenges inherent in curating the vast number of genetic variants associated with epilepsy. For these reasons, Dr. Helbig was selected to be co-leader of the Epilepsy Working Group of the NIH-funded ClinGen consortium. As co-leader of Core A, he uses his expertise and perspectives on the epilepsy genetic field to oversee the prioritization of ion channel variants for high throughput functional studies and lead our efforts to curate information generated by the Center.

(Project 3 Co-investigator)
Dr. Tzingounis has expertise in neurophysiology, computational neuroscience and in the investigation of the cellular physiology of KCNQ2/KCNQ3 channels. He is contributing his expertise to the study of new mouse models of KCNQ2 encephalopathy.

(Core A Co-investigator, Project 1 & Project 2 collaborator)
Dr. Lal is an early career investigator with expertise in genomics and bioinformatics. He has focused his recent research effort on developing and implementing novel computational strategies to investigate variants in genes associated with epilepsy and neurodevelopmental disorders. He has also established strategic collaborations with large groups in Europe with large databases of variants in channelopathy-associated epilepsies. Dr. Lal contributes to the Center by assisting with variant prioritization and curation. He also collaborates on data analytics for Project 1 and contributes to data analysis of RNA-seq data generated by Project 2.

(Core A and Admin Core Co-investigator)
Dr. Millichap is a child neurologist who specializes in diagnosis and treatment of childhood epilepsy. He is widely regarded as an expert in early life epilepsies many of which are channelopathies. Dr. Millichap was among the first to recognize the association of KCNQ2 variants with severe, early onset epileptic encephalopathy. He is the medical adviser to a national KCNQ2 parent foundation and works closely with an SCN2A family foundation. Because of his connections with various parent groups, Dr. Millichap leads efforts in community engagement for the Center in additional to contributing his expertise to the variant prioritization and curation efforts of Core A.

(Core A Co-investigator)
Dr. McKnight brings her professional experience as a clinical molecular geneticist to our Center. She has extensive experience in reviewing, interpreting, classifying and reporting variants in genes associated with epilepsy. Her involvement with our Center provides a strategically important portal into a vast database of genetic variants in channelopathy-associated epilepsies generated by the largest commercial genetic testing laboratory in the U.S. Dr. McKnight also provides guidance in applying ACMG guidelines for variant interpretation and helps our Center implement data sharing strategies with the ClinVar database.

(Core A Co-investigator)
Dr. Laux is a child neurologist who specializes in the diagnosis and management of children with epileptic encephalopathies such as Dravet syndrome. She has participated in clinical trials in epilepsy including the recently released trial of cannabidiol in Dravet syndrome. Dr. Laux contributes to the Center by helping with variant prioritization and curation associated with Core A.

(Project 1 Co-investigator, Core B Co-director)
Dr. Vanoye is a highly experienced electrophysiologist and ion channel biologist. During the past 2 years, he has led successful efforts to adopt automated electrophysiology methods for studying NaV and KV channels using an automated dual 384-well planar patch clamp recording platform. Importantly, Dr. Vanoye has the most experience with this platform of anyone in North American having adopted this technology in the fall of 2014 soon after the instrument hit the market. He oversees the large scale mutagenesis efforts in Core B in collaboration with the group at the Broad Institute.

Katherine Helbig is a senior genetic counselor and Co-Director of the Epilepsy Neurogenetics Initiative at Children's Hospital of Philadelphia, where she provides genetic counseling to families in the Epilepsy Neurogenetics Clinic. She has expertise in gene discovery, genomic analysis, and variant interpretation in the epilepsies. Ms. Helbig supports the Center as a Variant Curation Specialist in Core A, prioritizing ion channel variants for further characterization in high throughput assays and advanced model systems.

(Project 3 Co-investigator)
Dr. Goldberg is a physician-scientist with clinical training in child neurology and epileptology. He has expertise in the study of ion channel physiology, cellular neurophysiology, and synaptic transmission, particularly in the use of the acute brain slice preparation to study cerebral cortical microcircuits. Dr. Goldberg contributes to the Center by performing in vitro investigations of neural network excitability in mouse models of genetic epilepsy. His clinical expertise and knowledge of channelopathy-associated epilepsies also contribute to advancing the goals of the Center.

(Project 3 Co-investigator)
Dr. Hawkins has more than a decade of experience working with mouse models of ion channel-associated epilepsies. She incorporates her expertise of in vivo pharmacology with genetics to establish comprehensive epilepsy-related phenotypic profiles for novel and existing therapeutic

(Admin Core Co-investigator)
Dr. Berg is an epidemiologist with an exceptional track record of leading multicenter, prospective longitudinal studies of childhood epilepsy. She led efforts to create the Pediatric Epilepsy Research Consortium (PERC), a network of 50 pediatric epilepsy programs in the U.S. dedicated to collaborative research to improve the diagnosis, treatment and outcomes for early life epilepsies. Dr. Berg contributes to the Center by serving as a liaison with PERC as part of our efforts in community engagement. 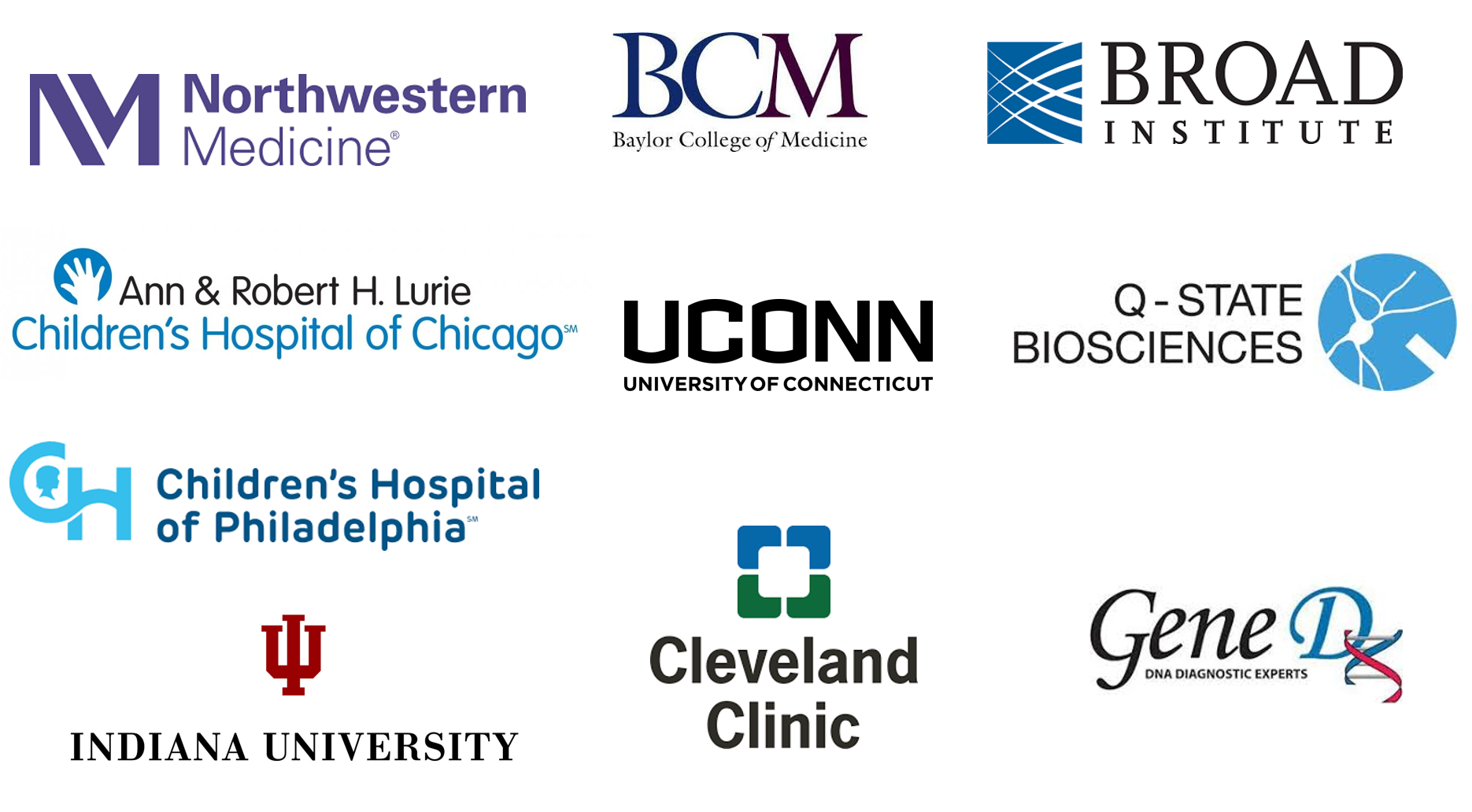